You know the usual cause of infertility in women, its lack of producing healthy and fine quality of egg, particularly as the woman ages. Declining of the egg quality in women occurs at different rates; talking about the poor quality in young females then it is very rare because women at her 20’s have mostly fine quality of oocytes to attain the pregnancy. But when a woman losses good quality of eggs- this becomes one of the major parameter to get evaluated, regardless of her age.

Do you know the fact of woman’s eggs? When a female is born, she is born with the ovaries full of containing lifetime eggs. These eggs (once the woman reaches her puberty) drop through menstruation cycle until the woman gets through to her menopause; menopause is the point of time when the woman’s ovarian reserve is almost empty and menstruation stops at this phase; when does this happen? Usually, a woman reaches her menopause when she is around her 45-50’s age.

In general if we talk about woman’s ovarian reserve, then women, who have crossed their 37 age or may be, have undergone ovarian surgery – these two reasons stand for the possible cause of infertility chances, this is because of diminished ovarian reserve.

Okay, before jumping into the chapter of Ovarian Reserve Test in India, let’s understand what Ovarian reserve means? Ovarian Reserve is referred to a woman’s left behind egg supply, which can produce infants. Eggs play most crucial part of achieving pregnancy and the entire chapter of getting pregnant somehow depends upon fertile, good quality of the eggs in the ovaries as well as how smoothly the ovarian follicles are reacting to the hormonal signals coming from the brain. If there is some absent fertility factor then ovarian reserve test in India can let the woman knows about her pregnancy potential.

Different levels of hormone are the actual sign of ovulation; many tests are done to determine whether a female is performing her normal ovulation or not relying on these hormones. Tests to know the ovarian reserve are FSH (Follicle-stimulating hormone), AMH test and ovarian antral follicle count. These are those test, which are evaluated at the time of female menstrual cycle (usually on the second or may be third day, once the flow has been started).  These tests measure the ovarian reserve i.e. how many eggs are left in the ovaries. 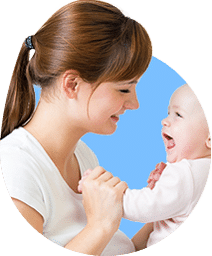 Usually, ovarian function goes hand in hand with age, and as a woman becomes older, her ovarian response starts declining. Every girl is born with a finite number of eggs, and their number progressively declines with age. A measure of the remaining number of eggs in the ovary is called the “ovarian reserve”; and as the woman ages, her ovarian reserve gets depleted. The infertility specialist is really not interested in the woman’s calendar (or chronological age), but rather her biological age – or how many eggs are left in her ovaries.

Various tests have been described to measure ovarian reserve in women. The commonest test measures the level of FSH ( follicle stimulating hormone) in the blood – the basal ( day 3) FSH level. A high level suggests poor ovarian reserve; and a very high level (more than 20 mIU/ml, though this varies from lab to lab ) is diagnostic of ovarian failure.

A test that can provide earlier evidence of declining ovarian function is the clomiphene citrate challenge test ( CCCT). This is similar to a “stress test ” of the ovary; and involves measuring a basal Day 3 FSH level; and a Day 10 FSH level, after administering 100 mg of clomiphene citrate from Day 5 to Day 9. If the sum of the FSH levels is more than 25, then this suggests poor ovarian function, and predicts that the woman is likely to have a poor ovarian response ( she will most probably grow few eggs, of poor quality) when superovulated.

Remember that a high FSH level does not mean that you cannot get pregnant– it just means that your chances are dropping because your egg quality is impaired. We Care IVF Surrogacy is one of the leading IVF centre with the highest success rate. The specialists of this centre are veteran in determining the root cause of the couple’s infertility and also treating the best with all the advanced techniques and ultra-modern equipments.

Test which has been recently developed is the measurement of the level of the hormone, inhibin B, in the blood. Low levels of inhibin B (which are produced by “good ” follicles) suggest a poor ovarian reserve in Ovarian Reserve Test in India . However , one of the most useful ways of making a diagnosis of poor ovarian reserve is when the patient gives a history of responding poorly to medications used for super-ovulation in the past.

While an older woman often expects to have poor ovarian reserve in her ovarian reserve test in India, and is prepared for the fact that she may respond poorly to super-ovulation, when a young woman finds out she is a poor ovarian responder, this comes as a rude blow. Most young women expect that their eggs will be fine, because they are young and have regular cycles, but this is not always true. Regular periods simply mean that the eggs are good enough to produce enough hormones to have normal menstrual cycles; however, this does not mean that the egg quality is good enough to make a baby ! Ovarian reserve is a biological variable, and egg quantity and quality in an individual woman can be average for her age, better than average, or worse than average. Women with poor egg quality are said to have poor ovarian reserve , poor ovarian function, or occult ovarian failure.

Many treatment strategies have been developed in order to treat women with poor ovarian reserve. Because time is at a premium for these women, treatment needs to be aggressive, in order to help them conceive before their eggs run out completely. IVF is usually their best option, as it offers the highest success rates. Super-ovulating these women can be quite tricky, and this is where the experience and the expertise of the doctor makes a critical difference ! While it is true that a skilled doctor will be able to design an optimal super-ovulation for women with poor ovarian reserve, it is also true that the results are still likely to be poor. While Michael Schumacher will drive your car much better than you will ever be able to, if you give him a broken-down lemon to drive , even his skills are likely to let him down !

They usually need much higher doses of Gonadotropins injections ( HMG) for super-ovulation. We have used up to 750 IU of HMG ( 10 amp of 75 IU) daily for difficult women, in order to stimulate them to grow eggs. Unfortunately, this is like scraping the bottom of the barrel, and the quantity and quality of their eggs often still remains poor.

Other clinics have tried using rec FSH (recombinant gonadotropins) or GnRH antagonists, but neither of these help. In the past, doctors tried adding growth hormone injections (because of the “growth factors” this contained) , but this was of no use. Interestingly, some doctors have gone back to using the natural cycle, or trying gentle stimulation with clomiphene for these women, since they don’t see any benefit in spending hundreds of dollars just to get 2-3 more eggs for IVF.

Interestingly, we see a lot of women who are iatrogenic poor ovarian responders – who have a poor ovarian response because they have been badly superovulated. These are typically women who have PCOD (polycystic ovarian disease), who are undergoing IVF in clinics which don’t have much experience with treating such patients. Because their doctors are so scared of ovarian hyper-stimulation syndrome (OHSS), in their anxiety to prevent this complication, they often trigger off ovulation and egg retrieval too early. As a result of this ill-timed of the HCG shot, most of the eggs retrieved are immature, and fail to fertilise. These women are then labelled as being poor ovarian responders , when in reality it is their doctors who are poor ovarian stimulators ! If they are superovulated properly in a good IVF clinic, their pregnancy rates are excellent.

What happens if you are young and find that you have a poor ovarian response in the middle of your first IVF cycle? This is a very difficult problem, because it was not anticipated, and you are not emotionally prepared to deal with it. Options include: continuing the cycle with an increased dose of injections; or cancelling this cycle and starting a new cycle later with a higher dose of injections. However, the prognosis remains poor, and there is no certainty that you will grow more eggs with a higher dose the next time around.

The option which offers the highest pregnancy rate for women with a poor ovarian response is to use donor eggs. While this is medically straight forward, it can be very hard for a young woman with regular cycles to accept this option. Often, it’s worth doing one cycle with your own eggs even if the chances are poor, so that you have peace of mind that you did your best. This also may make it easier to explore the option of donor eggs for the future